3 Ideas on How to Plan for 'The Ides of March'

We've all heard the saying, "Beware the Ides of March."

It's one of the most popular quotes from William Shakespeare, a man who may honestly be one the most quoted authors in history. The actual quote is from Shakespeare's tragedy Julius Caesar (1599). The warning is uttered by a soothsayer who is letting Roman leader Julius Caesar know that his life is in danger, and he should probably stay home and be careful when March 15th, the Ides of March, rolls around.

But as you might already know, Caesar doesn't stay home on March 15th, and he is murdered halfway through the play. His death does not come as a surprise to the audience. Yes, he was warned. But history already told us that on the actual date of March 15th, 44 BC, the real Julius Caesar was violently murdered, stabbed 23 times by a mob of senators who were led by his protégés and supposed 'friends' Cassius and Brutus, which led to the other often quoted phrase of... "Et tu, Brute?"

Given our super-heightened awareness of current politics as a result of this week's 'Super Tuesday' the upcoming "Ides of March" will most likely only reinforce the positions of the current front runners and the rapid march to the conventions.

However, in the real world of running our companies and managing our sales and marketing for the balance of 2016, the Ides of March, do require...

#1.  Figure out Where do you need to Apply your own time

Let's assume that you're going to be "on plan" at the end of Q1.  First, and most importantly, a big CONGRATULATIONS  for this achievement!   You should feel very proud of your tenacity and leadership having made it through a tough quarter marked by wild stock market swings, plummeting oil prices and the unknowns caused by China. All opportunities for buyers to hesitate to buy.  And then, if those clouds of confusion weren't enough, remember all of the non-selling time that resulted from your January kickoff sales meetings in January.

Now, with the final push of the last three weeks of the quarter, the question you need to start thinking about is where do you need to apply your own, very limited time, as a manager, once the quarter ends and the results are tallied up?
Assuming that you're working an average of 70 hours a week, your success for the balance of this year will be determined by your ability to best utilize your own time with your salespeople.

My recommendation is always that you need to focus your very valuable and very limited time focusing on the right side of the sine wave!  You need to collaborate with your top 20%, the critical Sales Warriors, and provide them with the time and advanced training to move them and your results to performance that exceeds 100%.  The data on this math is very specific, and the example above, based on a $200 million quota, shows that by applying time and resources to the top 20%, results can improve by as much as 23%.

#3.  NO LATER THAN THE IDES OF MARCH, FINISH AN UPDATE OF YOUR Q2 PLAN 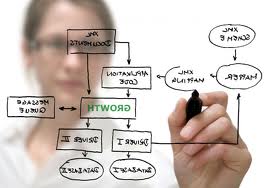 My guess is that the current 2016 sales plan was most likely crafted back in November and "sold" to your various bosses at the December board meeting.

It's time to dust this off, take a new look, revise a number of tactics and codify an entire list of updated best practices to be polished during the balance of the year.

Once the plan is finished, then make sure that it is well communicated to everyone else by holding one or two town meetings with your marketing, service and support organizations.  We all say, of course, that everyone's job is to sell, but too often we do not take the time to explain that direction and those tactics outside of the sales group.
Just a couple of ideas to think about this weekend as we approach 'The Ides of March'.