So, did you play The Recent PowerBall?

Not much else occurs today where $2.00 or maybe $10.00 can spike your excitement.  Less than the cost of almost anything at Dunkin, plus it creates that wonderful emotional tug of "just maybe", along with the dream of waking up, grabbing the tickets placed carefully on the refrigerator and asking Google "Who won last night?"

To put some of the numbers into reality, Wired last week quoted a few of the following stats: 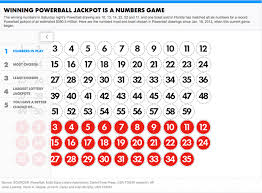 "The reality of course is that your odds of winning last week’s record Powerball jackpot with any combination of numbers, are pretty bad.

How bad? Like one in more than 292 million bad. Or put another way, barely better odds than having your name randomly pulled from a hat filled with the names of everyone in the US. But you’re an optimist, right? I say that and you figure I’m telling you "hey, there's a chance here", and behind every game of chance is some fascinating math.

The one-in-292-million odds come from all the different combinations you can win by picking the right five white balls—in any order—out of a drum of 69. “Multiplied by 26, because for every five-ball combination you’ve got 26 different associated Powerballs,” says University of Buffalo statistician Jeffrey Miecznikowski. And for the jackpot, those odds never change. Your odds of winning last week's $1.6 billion jackpot were exactly the same as they were of winning in November, when the pot was a mere $40 million." The biggest winners are not necessarily the Robinson family who appeared on the Today program even before they had validated their numbers at the state agency.  Not sure that I would do that, but then I did notice that I didn't win.

The biggest winner is Uncle Sam, since Powerball is a government-sponsored gambling racket in 44 states, plus Washington, D.C., Puerto Rico and the Virgin Islands. Our Uncle automatically skims 25 percent off the top of a lump-sum cash award. Additional state withholding taxes vary depending on residency status. Mega-winners are taxed at the highest federal income tax bracket (nearly 40 percent), and those who live in states with personal income taxes could pay up to an additional 9 percent.

Government lotteries of all kinds raked in a whopping $70 billion in revenue last year, according to the North American Association of State and Provincial Lotteries. Cash-strapped states pitch the rackets as civic enterprises by purporting to earmark a portion of proceeds for public education, economic development and mass transit, senior citizens' programs, professional sports stadiums and environmental protection.  All the good things that no one can argue about, right, since there's the very professional marketing messages of "a dollar and a dream,";  "everyone is a winner" and "somebody's gotta win — might as well be you."

Gotta love marketing.  Maybe I'll open us the semester at Tufts this week with a study of Powerball's marketing and truth in advertising. The reality is that, by definition, the goal of every marketing campaign is creating perceptions, but the reality is that most of us who live in the real world, need to face the reality of having a career, going to work, making a couple of bucks, and, most importantly, enjoying what we do. 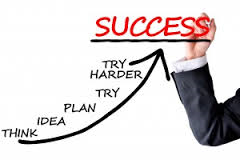 And to me, nothing provides that stimulus and fills up all of the nooks and crannies of want, desire and emotion like the world of Sales.

My semester teaching Marketing at Tufts begins this week.  I keep the stats of what happens to my alums after leaving this wonderful university.  Approximately 65% of them move into either a sales or marketing job right after school.  Of that 60%, 60% go into entry-level sales positions of some type.  I have the luxury of our firm's customer base, so it's easy for me to connect my "best and brightest" to a wide variety of companies that range from Google and Facebook to Brainshark and Hubspot to Intuit and Netsuite. Just in those few companies, I have over 100 alums mostly in sales and marketing.  The excitement for me is to see numbers of my alums, now five and seven years out of school, becoming the top salespeople and, in two cases at well-known brand name tech companies becoming highly successful sales managers. 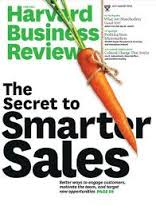 So, here we are January 23rd, right at the tip of 2016, which clearly is going to be a year of major change in the U.S., both politically and financially.  Like most Januarys, you're making an assessment of where you are and where you want to be 320 days from now.

If you're already in Sales, but stuck at some plateau, think seriously of putting yourself through a rigorous retraining program and learning about "the new world of the science of sales".  There are no quick fixes here.  No short cuts.  Just dive in and start reading a book a month on the new world of the science of selling.  If you're in tech sales, there are plenty of blogs rich in process and statistics.  Just email me, let me know what you're looking for, and I'll email you a few choices

When the Harvard Business Review starts writing about the shift in sales from relationships to science, stats and process, which they did in the July/August edition of 2012, you know that there's been a seismic shift in the profession.  Go to the HBR site, find that issue and spend $16 for a solid introductory step into a brave new world which has since exploded in its use with more and more new technologies and tools which are easily integrated into your daily work processes.

With those articles as a foundation, then continue to explore newer HBR articles about sales before you venture off to download books from Amazon, where you will need a guide to separate the fluff from the science.

Last thing:  If your college junior or senior is thinking about career choices, and they are not a computer science major, open up the world of sales to them by creating introductions to some of your business friends who are successful salespeople.  Have them sit down with them for an informational interview so that they have the perspective of the profession from a professional.

Enjoy your weekend, hopefully free from the storm, and just maybe, begin your "Personal-Sales-Tune-Up-Journey" this afternoon by reading through a sales article or blog or two.  This begins your own journey to 'Change the World'...at least your own personal world, one step at a time. 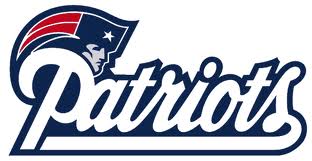 ...and, of course, cheer on the Pats!
Best of success, health and happiness in this coming year !