Time to talk about trash...and Sales 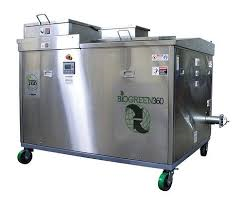 We just finished an assignment working with Paul and Craig, two solid, heavily experienced serial entrepreneurs who have developed breakthrough technology turning really big food waste (think food prep locations for major supermarket chains, universities and prisons, for examples) into small wafers that can be used as organic fertilizers. Great technology, superb ROI and heavily experienced entrepreneur owner managers attempting to change the world due to a major problem because...

...and the depressing list goes on and on only outdone by the fact that 1,500 plastic water bottles are emptied in the U.S. every second, and the majority of those bottles are not recycled and they primarily end up in landfills and the oceans. 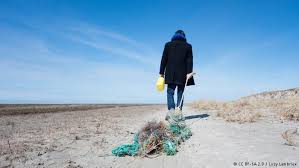 Over the last couple of years, I've become a student of trash, taking on a one-man crusade when I began living on the NH beach four years ago to clean up the beach.  Most weekend, non-winter, early-early mornings, with my long tongs and trash bag in tow, I can be found trudging up and down the beach picking up debris left by vacationers in spite of the many "no trash" signs posted everywhere.

Just think of your own weekly battle with either hauling mountains of trash to the curb or, in the more leafy neighborhoods, to the dump...excuse me, "the recycling center", which is ringed by huge shipping containers neatly separated into bottles by color, plastics, corrugated and plain old paper.  Every NH Saturday, my Subaru is jammed packed and filled with bags and bags (more plastic, of course) of accumulated trash making its way to the town's massive recycling center, where trash is then hauled 100 miles north and dumped in some cavernous pit.  In my Vermont hometown of Bondville, population 687, not only does the recycling center charge an annual fee, but now, trash can only be discarded in "approved" (and expensive) special plastic bags sold by the town.

Where & WHEN does it end?

When do the landfills get filled or shutdown or simply refused by the NIMBY residents of most towns?  I don't see much change on the short term horizon.  I'm afraid that we, as consumers living in a throw-away and overpackaged society, are going to be the same consumers for a long time to come.  My expectation is that it will take ingenious entrepreneurs like Paul and Craig, along with hundreds of other innovators, to stem this tide of ours being a disposable society.  Until that tipping point occurs, one entrepreneurial startup at a time, the trash will continue to literally pile up.

TRASH does not have to happen in the world of Sales 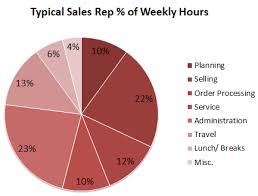 Way too much of our most precious commodity-our own selling time-is wasted by most "average" and even "good"-salespeople that we come in contact with because...

- The average "good to very good" salesperson works 58 hours a week.
-7 hours of that week is typically lost just searching for content that should have been supplied by Marketing and/or carefully filed away by Sales for future easy-to-find-repurposing.

Come on now, how many times have you heard...

"Hey, can you send that file you used back in March, you know the one with the five graphs?  No, not that one, the red and blue trend line graphs.  Well, if you find it, send it over..."

So, as we all enter into this wonderful month of August, and before we hit the 100 mph speedway of the day after Labor Day, I would highly recommend some beach or sitting-on-the-deck time thinking about your own time management as a sales professional.

Spend some of that well-deserved time off over the next four weeks before the crunch of Labor Day slaps you in the face, just thinking through how you could...

All of these metrics are very doable, very achievable...we all just need to get rid of all of the trash that slows us down in our sales and sales management lives.

Have a great weekend!