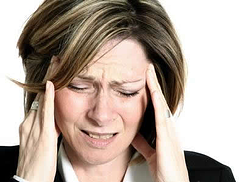 Every good sales organization is charged with tension...especially right now.  Here we are only a couple of days away from closing Q3.  Friday night will define the tale of the tape against which we measure both our company's objectives and our own personal quotas.  Then, just to punch the tension up a notch, next Monday morning, at the crack of dawn, with a turn of the page and a click of the mouse, we're immediately thrust into the super-critical 63 selling days of Q4.

Although 63 is technically correct, the reality is that no one is going to be making any buying decisions the days before or after Thanksgiving, and given where Christmas falls this year, I'm planning that most of our customers and all of our prospects will have at least mentally closed up shop on the 21st.  Bottom line, it looks like we have about 55 or 57 days to close deals.

And all of that makes the world of sales the most exciting, most demanding and most rewarding profession there is...as long as you know how to consistently manage your time, focus your value proposition and balance walking on the sharp edge of the tension knife.

As a sales manager, (or any manager for that matter), here's a couple of ideas to think about over this weekend that you might want to put to work as you dive into Q4.  Neither of these concepts has much to do with reducing the good tension of working in Sales, since I regard that type of tension as a positive.  On the other hand, as managers, we too often create unnecessary tension-negative tension-for ourselves and throughout our organizations, by not being direct and by not making the tough decisions quickly.

Your sales team consists of a few "A" players, a large number of "B's" and a couple of "C's"-all of which probably fit into the normal slope of a bell curve.  The question that you need to answer during the first week of October is where are you going to invest your own personal management time?  If you have 6 people in the sales organization, perhaps the answer is not important-even though I would disagree.  If you have 60 people in the organization, then answering that question is critical to the effectiveness and therefore to the success of the overall organization over the next 57 days.

Is it better to spend your time with the below average C's and mentor them along to better performance?  Would success be enhanced if you spent your time with a few of the B's, or is the organization better served if you were to personally coach and actually co-sell along side the the two superstar A's?  The choice is up to you, but you need to make that choice quickly since there's only 57 days, and when Q4 ends, it's for all the marbles.

There's always a tension in sales management balancing the fact that although we get "some" sales from our "average" salespeople, we also know that that person is most probably never going to move above their "average" and especially their "below average" performance. And yet, we delay "The Big Boy Talk".  Partly this is because we hope that they will improve.  Partly it's because of quota tension, and the mistaken belief that some revenue is better than no revenue.  But mostly, it's because many managers do not want to go through the anxiety of having "The Talk".  I see this all the time with sales managers in average performing companies, and the problem it creates is that it wastes management time, it's unfair to the company and the rest of the sales organization...and, it's totally unfair to the underperforming salesperson.

As a result, unnecessary tension builds up. By delaying "The Talk", on one hand, there's some level of revenue that's coming in from the underperformer, but on the other, the manager realizes that that person will never reach quota and the only way to achieve their objectives is to either raise their cost of sale by hiring another salesperson to buttress the less-than-good performance or face reality and finally have "The Big Boy/Big Girl Talk".

Managing a sales organization is difficult enough without creating even more tension ...especially negative tension.  At the beginning of the quarter...as in next week...you should not only think about those one or two salespeople or that one pain-in-the-neck manager you need to have the talk with, but actually schedule it into your calendar.

Perhaps, you're going to make a  decision to wait until the end of Q4 for "The Talk", and that might be practical given specific Q4 revenue objectives, but don't let it go any longer than the first couple of days of January.  On the other hand, by having "The Talk" next week as you kick off Q4, you just might find by being very direct about your concerns and laying out very specific short term performance requirements, the performance of the underachiever immediately improves.  At the same time, that person could also quit, but I would argue that in that case, it's better for you as the manager and for the sales organization as a whole to have "The Talk" sooner than later.

Good luck in closing out the quarter!

Welcome to the fall...and Good Selling!

To reinforce a few basics for your Q4 launch, take a look at a few of our tools, by clicking on the toolbox below...